Glad to see our US Army customers using our tactical Cyber Security Solutions.

The U.S. Army brought together operational forces and elements from the cyber, training and doctrine, research and development, and acquisition communities to further define how the Army operationally adapts to cyber and electromagnetic threats here April 18-29.

Unlike training scenarios Soldiers typically go through, Cyber Blitz forced them to account for cyber electromagnetic activities-related interactions in a tactical operations center, or TOC.

“We’ve been talking about cyber for what appears to be a long time, but it’s really been for a relatively short time, only 10 years,” said Henry Muller, CERDEC director, whose organization researches and develops systems and technologies for cyber and electromagnetic activities. “As technology evolves so rapidly and we continue to eat up and crowd the electromagnetic

spectrum, to be able to operate in cyber is becoming more and more important to the Army.”

The importance of cyber and the electromagnetic spectrum beyond research and development aspects has become a priority for the Army.

“Two years ago as we started to look at how the world was changing and how the threat was evolving, what we recognized was regional peers and the near-peer threat had started to understand what our advantages were and started to develop capabilities to counter those advantages,” said Maj. Gen. Stephen Fogarty, U.S. Army Cyber Center of Excellence commanding general.

“Our problem was how to optimize our ability to integrate staff functions, support the commander in a very high-intensity fight, in a fight that includes a very contested cyber and electromagnetic component,” Fogarty said.

Cyber Blitz looked to address the physical construct of the main command post as well as the interactions between military operations specialties. A current TOC with functions such as operations, intelligence and fire support is physically separate from the relatively newer roles related to communications such as network protection, electronic warfare and spectrum analysis, which would reside in another portion of the command post.

As a first step to addressing these problems, subject matter experts from the AMC, the Training and Doctrine Command, Army Cyber Command, and the Assistant Secretary of the Army (Acquisition, Logistics and Technology) worked with and observed the 25th Infantry Division and Cyber Protection Brigade conducting complex operations in a simulated environment.

Soldiers faced a variety of integrated threat vignettes to better develop their situational understanding of cyber and the electromagnetic spectrum: was there a cyber-attack, a hostile electromagnetic effect or did a fellow unit accidentally interfere with communications?

As Soldiers triaged the incidents, participating organizations provided insight to different aspects of the command post interactions and helped the Soldiers adjust their Battle Drills as necessary throughout Cyber Blitz.

“Our Army is and will remain in the near future a commander-centric Army,” said Lt. Col. Brent Clemmer, 25th Infantry Division, 1st Batta

lion, 21st Infantry Regiment Commander. “The challenge here is you have folks who are very used to excelling in their cylinder of excellence – whether it’s looking at the spectrum, whether it’s looking at the network. But what they are not used to doing is describing to a commander the risks posed to that network that also provides a risk to operations on the ground.”

Clemmer described accounting for cyber and the electromagnetic spectrum as a cultural change.

“I’m an infantry man; I’ve been doing it for 18 years, but I’m having to learn a little bit of a different language as well to communicate these ideas across the cyber realm that, frankly, I didn’t have to worry about for the past 18 years of my career,” Clemmer said.

“The electronic warfare officers, signal leaders, network managers, analyzers who are all good at their job before now also have to see themselves as analysts and they have to ask the question- who else needs to know?… How is that going to effect a scheme of maneuver the brigade’s executing forward of the line?” Clemmer said. “In the end, there are 4,000 or 5,00

0 Soldiers in this brigade forward of us fighting, and without the enabling functions that are happening back in the TOC, we can’t put them in a position of relative advantage.”

The assessments will help inform future Army requirements and doctrine regarding how the TOC can better support the forward brigade. While the change in Army policy and doctrine may not occur immediately, each of the participating Army organizations walked away with lessons learned that immediately affect their mission.

“For the 25th ID, it was a win-win for us. The 2nd Brigade, 25th ID and the division headquarters will have more Soldiers who are more trained and understand this better than any other division in our Army right now,” Clemmer said. “I think we also won because the Soldiers here were able to point out flaws in the system, things that need to approve, and we were able to allow assessors to check out the process and go from there.”

For the science and technology community, events like Cyber Blitz help inform next-steps for research and development.

“We invest roughly $60 million a year in advancing the Army from an S&T perspective. Now we will have a greater confidence that we are pursuing the right capabilities based on what we see coming out of Cyber Blitz when we are again putting capabilities in the Soldiers’ hands – getting their feedback on what gaps they see, what gaps they need filled – to inform for us our S&T investments going forward,” said John Willison, CERDEC Space and Terrestrial Communications Directorate, or S&TCD, director.

The Army will also use lessons learned from this iteration of Cyber Blitz to help inform the TRADOC Cyber Center of Excellence’s Cyber Quest this summer.

Further analysis of Cyber Blitz will take place during the next few months, and the Army will complete its assessment of this Cyber Blitz iteration this summer and anticipates follow-on Cyber Blitz events later this year. 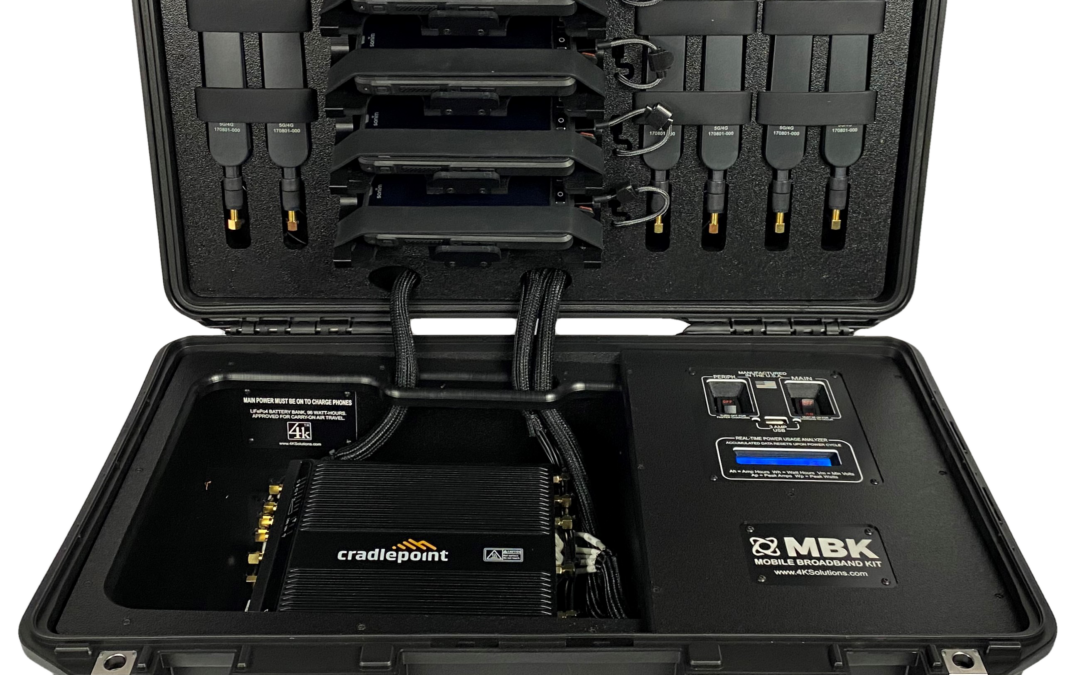 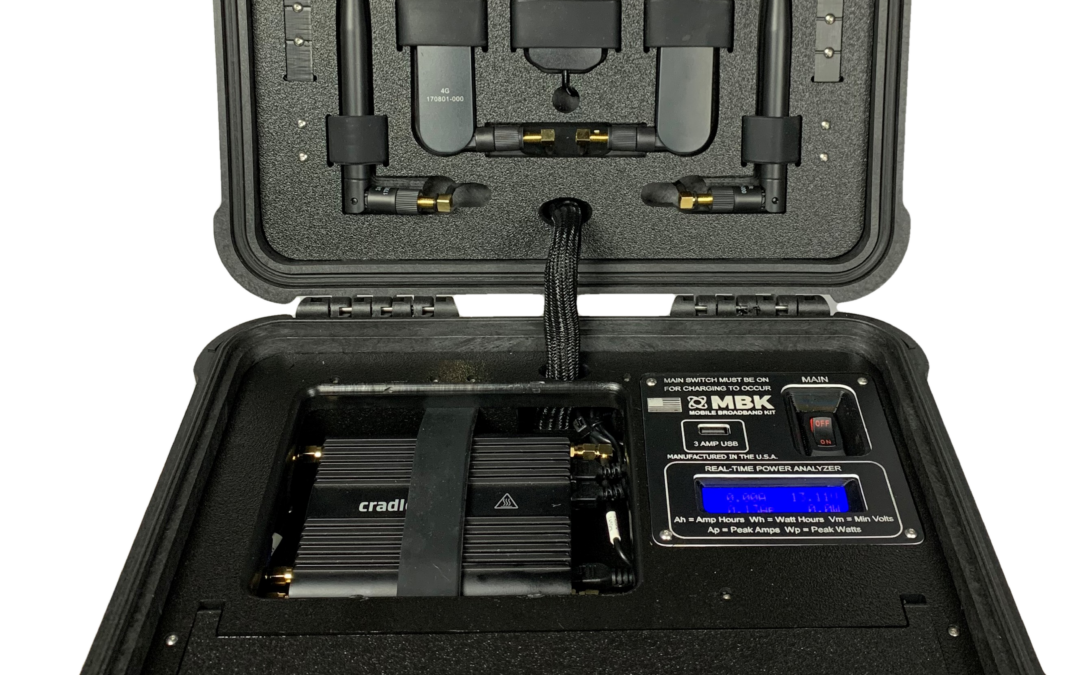 September 28, 2021: 4K Solutions®, the “Global Leader in Mobile Broadband Kits” is proud to announce they have been awarded and delivered a large federal contract through the US Army to deliver... 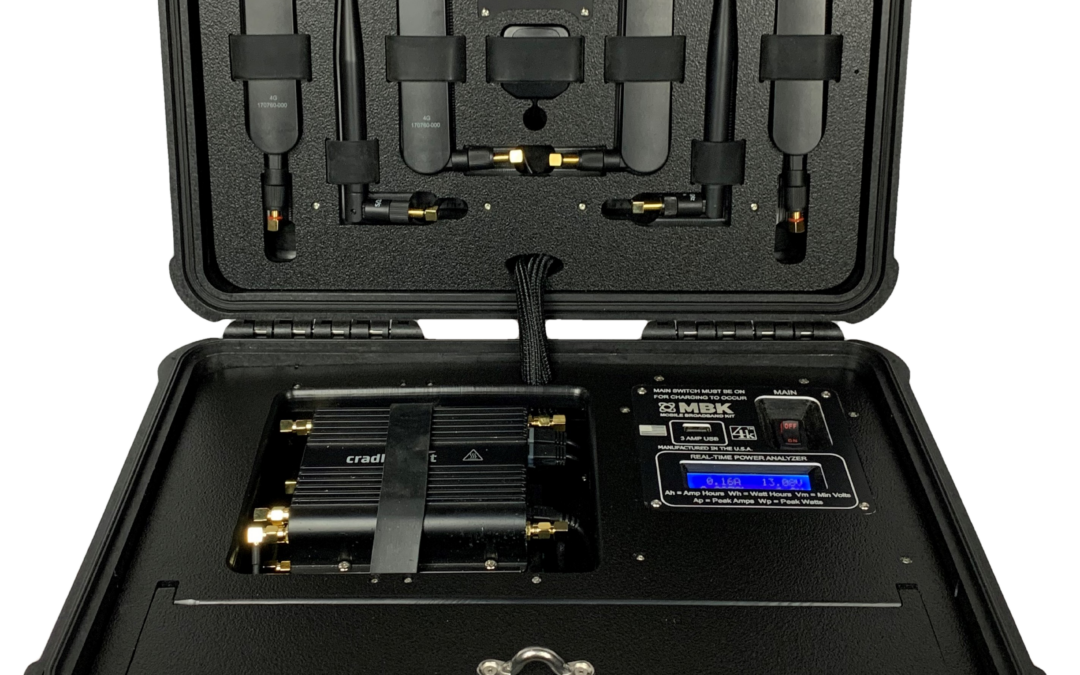 September 27, 2021: 4K Solutions®, the “Global Leader in Mobile Broadband Kits” is proud to announce they have been awarded and delivered a large federal contract through the US Army to deliver...